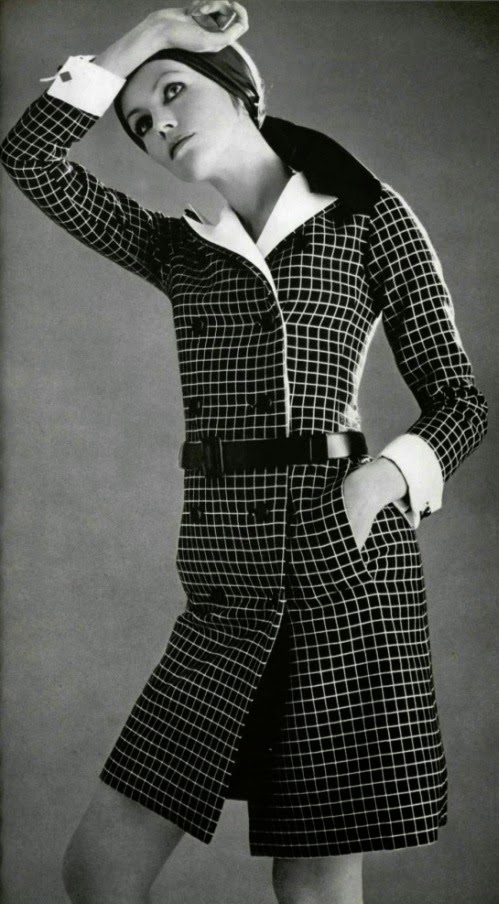 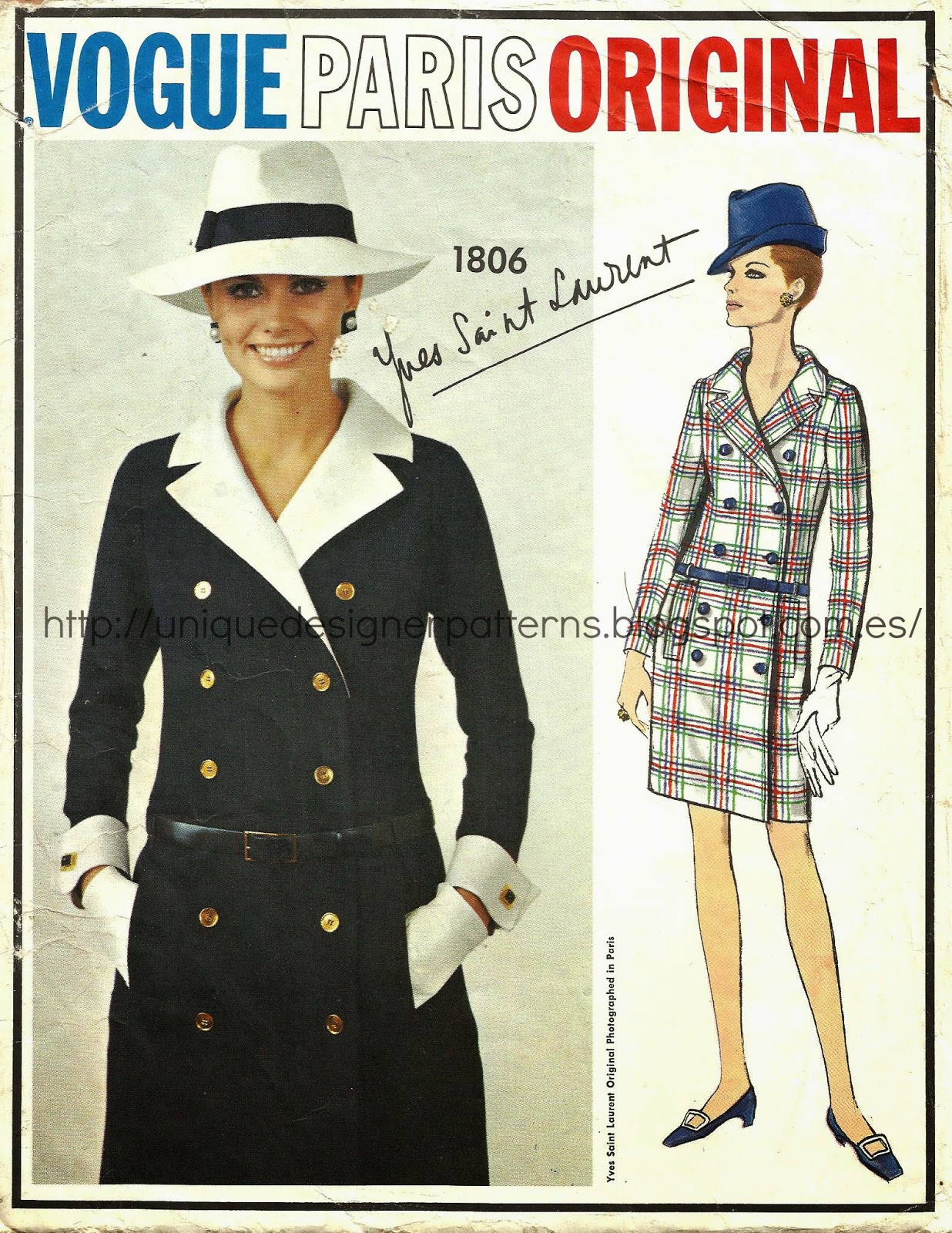 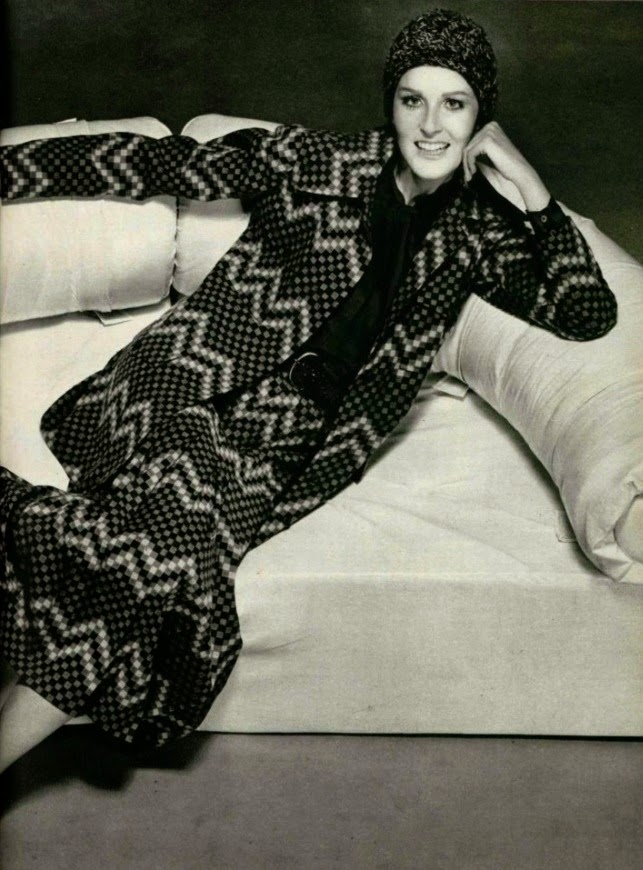 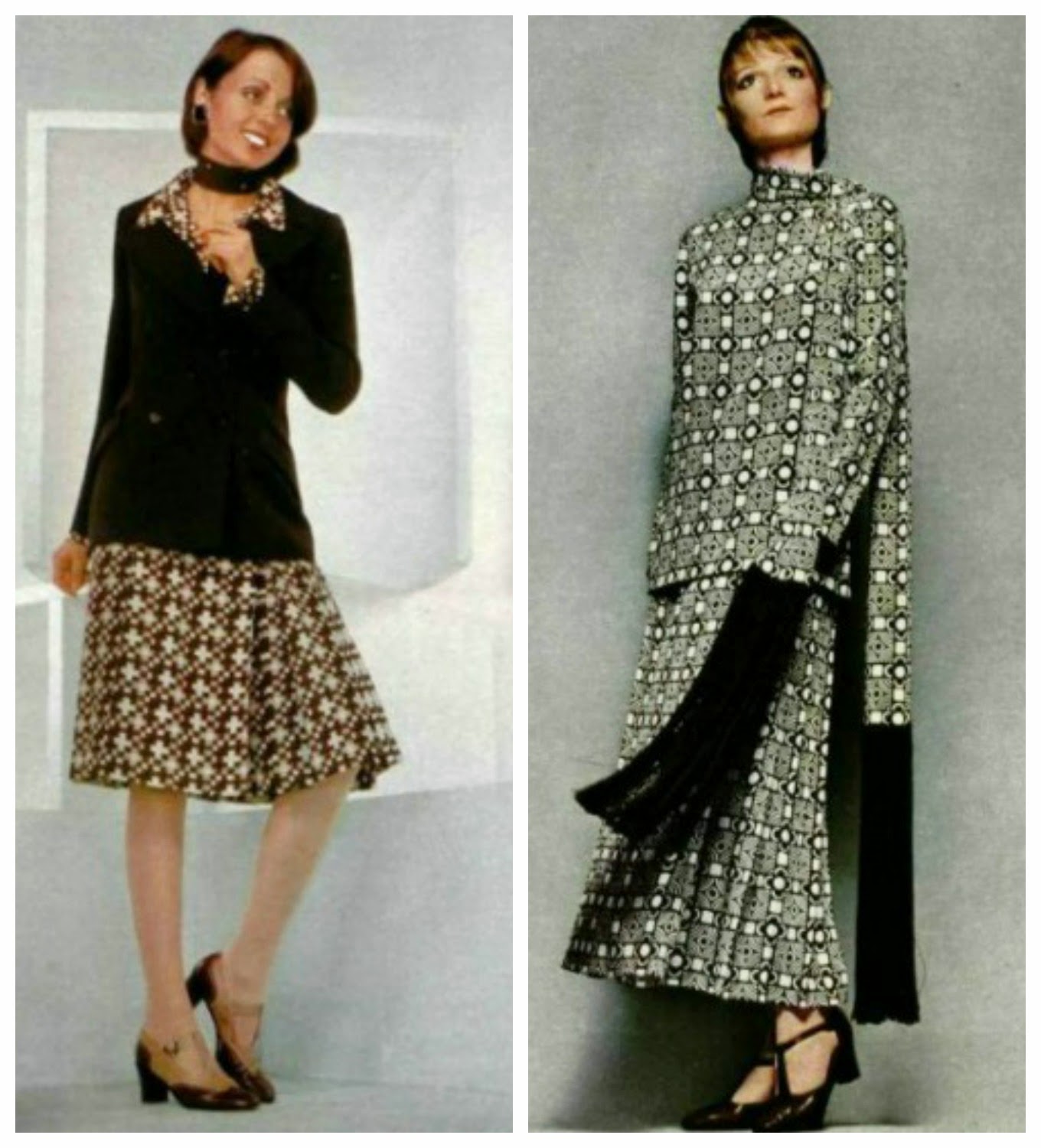 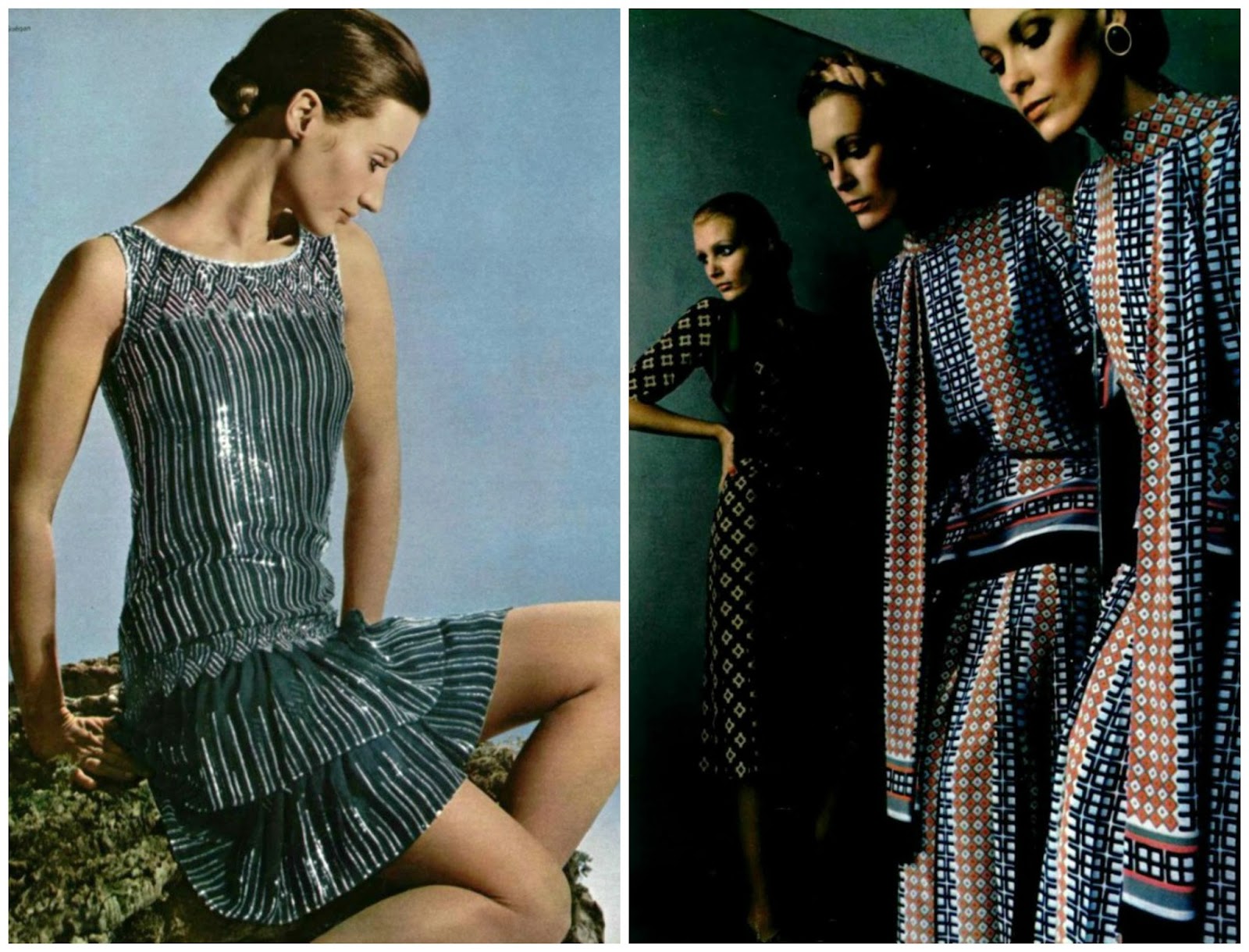 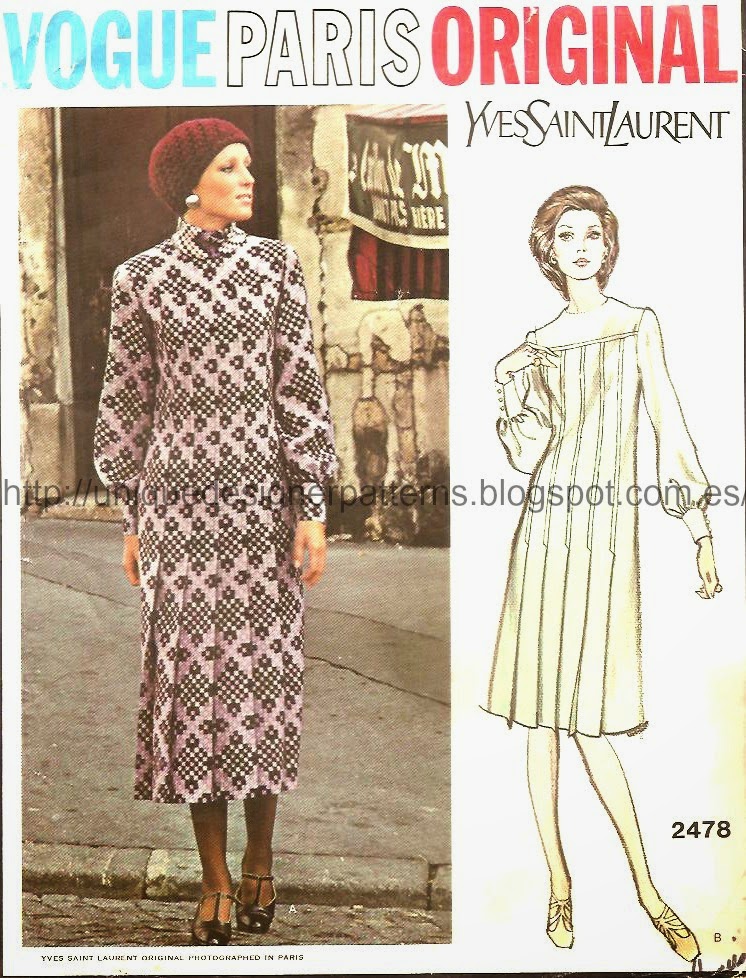 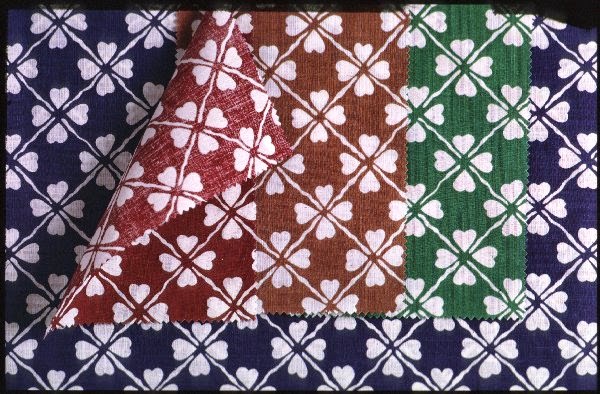 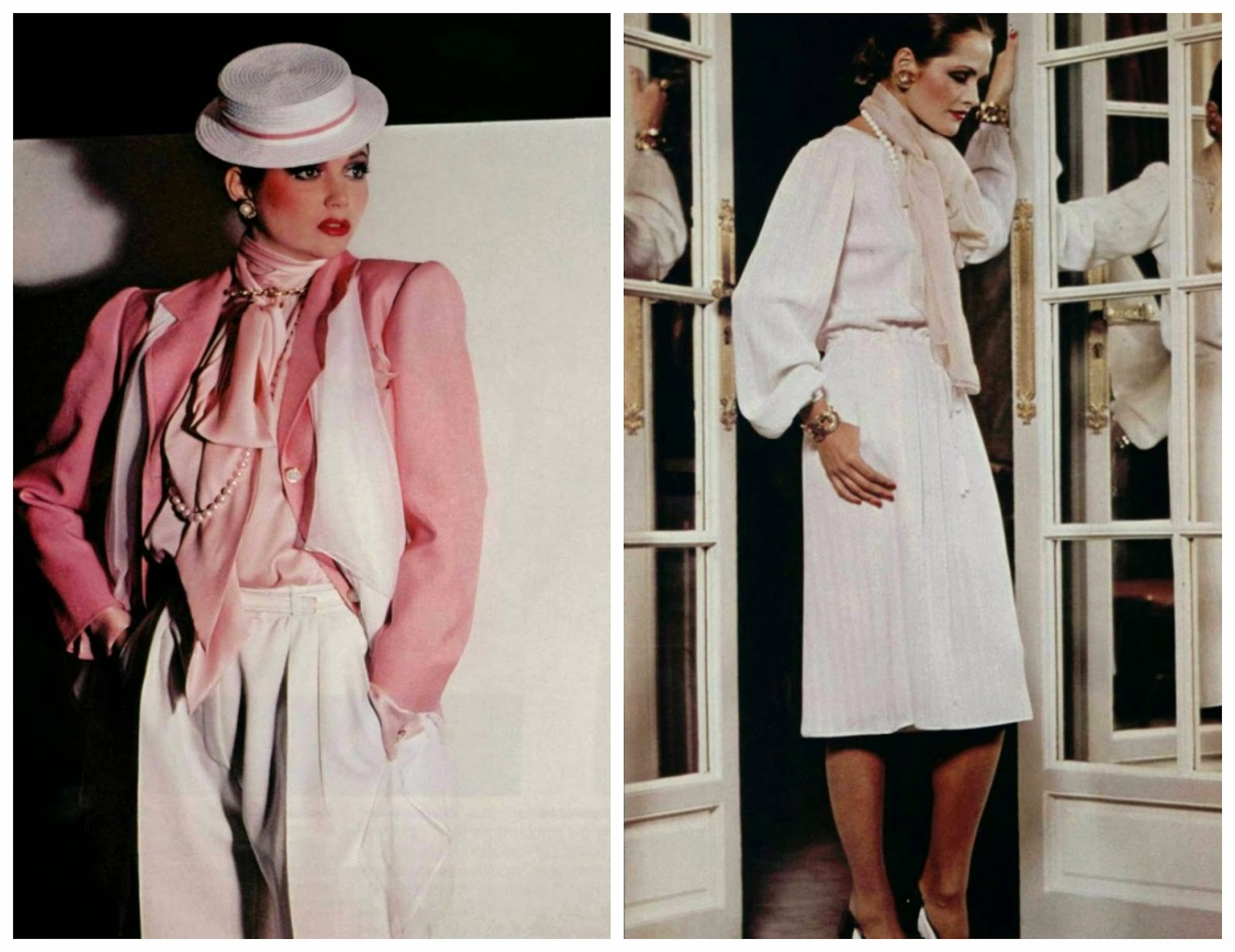 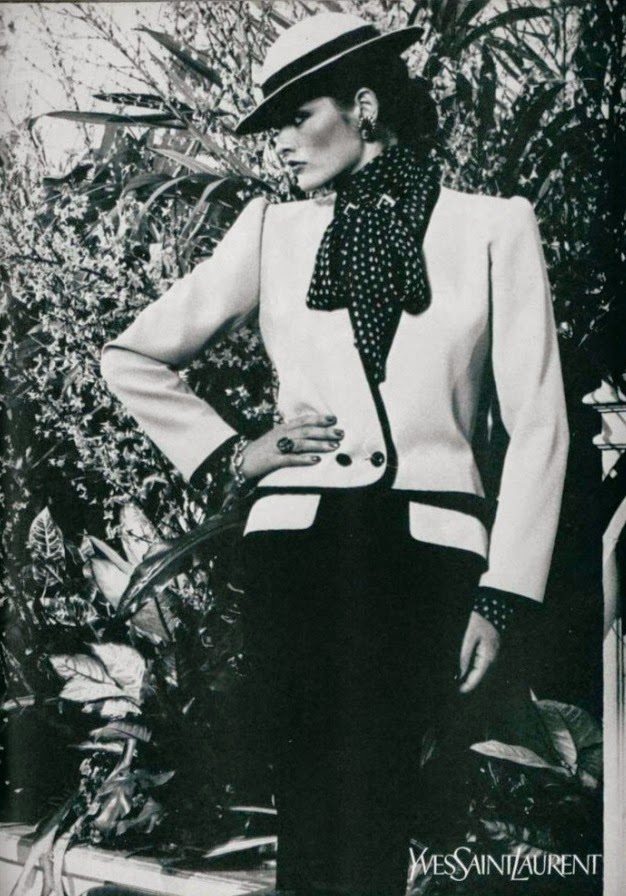 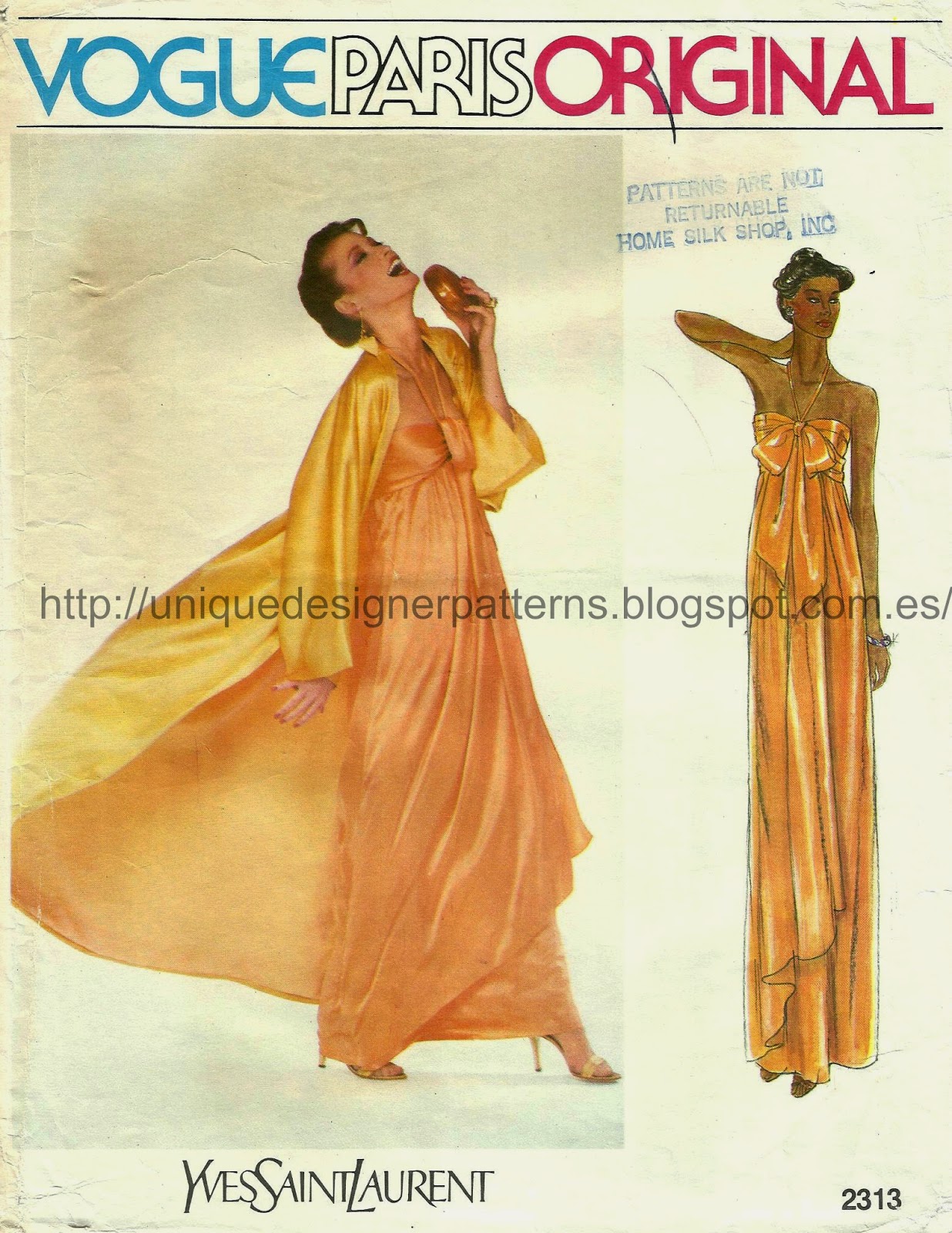 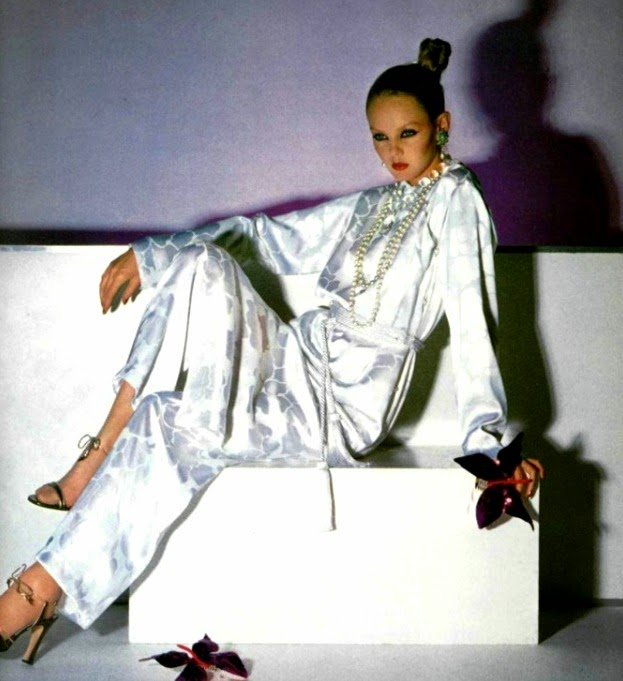 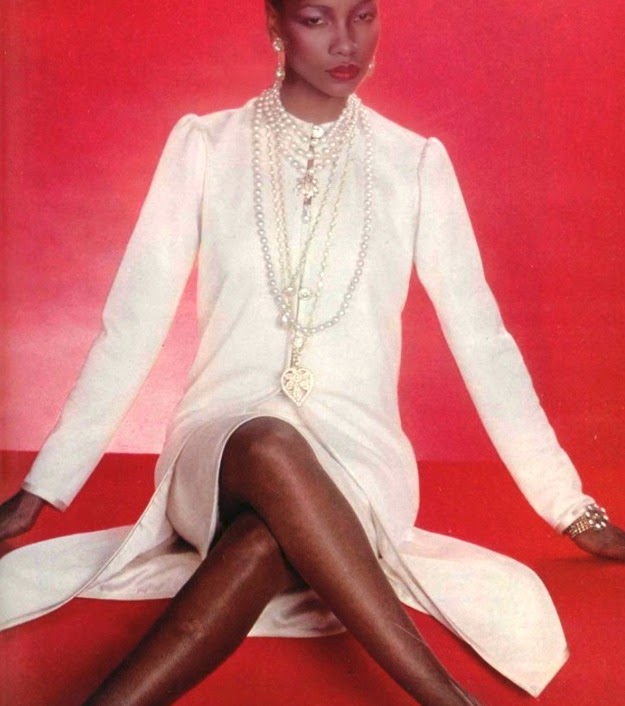 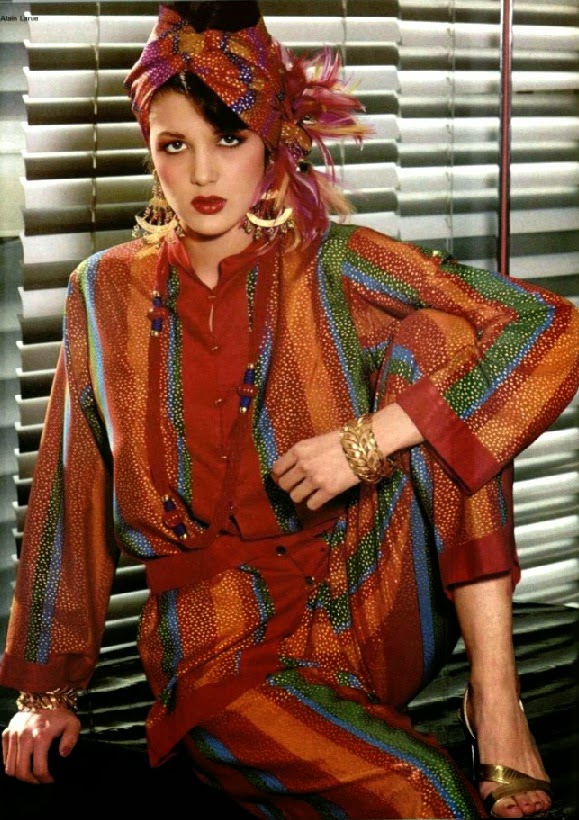 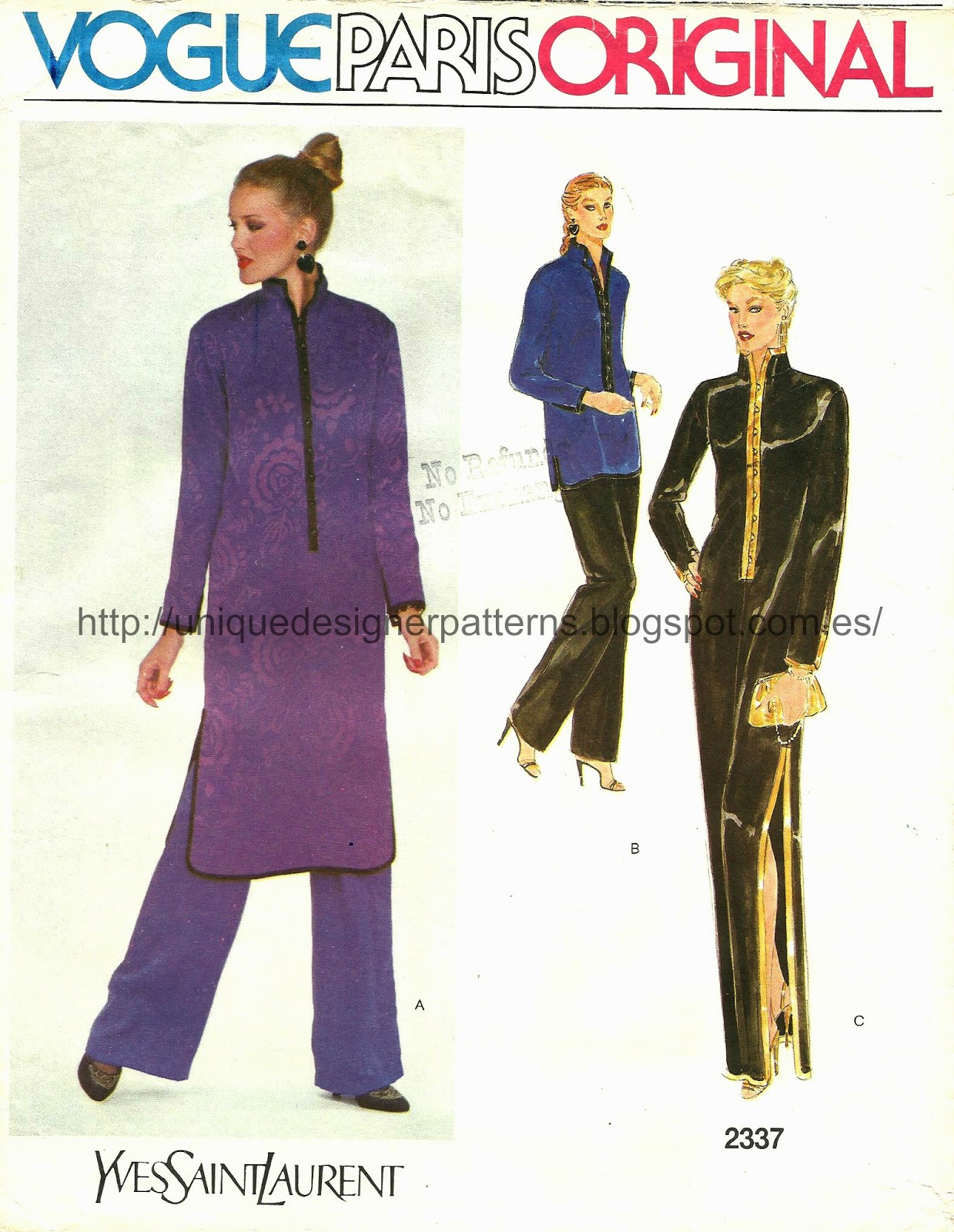 "....When the film BELLE DE JOUR came out in 1967 the fashion world was electrified by the fact that YVES SAINT LAURENT had designed all the dresses. In this scandalous erotic film, CATHERINE DENEUVE plays a bourgeois housewife who has a secret life as a daytime protiture, just for fun. It gave a double life to luxury clothes.
When I arrived in Paris, I was invited to model for  ande then given a contract to model his designs. I appeared in all his catwalk shows, and was thrilled to be asked todo the first photo campaign for his new perfume, OPIUM. The photographs were taken by HELMUT NEWTON (and are reproduced here as magazine tearsheets) and the campaign was a huge success.
Yves was a genius and a charming fragile man.  I got to know him well, because as part of my contract I had to attend high profile parties and events with him - always dressed in couture YSL, of course.

Yves always made you feel as if your opinion mattered. He used to call his design studio "The House of Love". He wanted to know, did you like the outfit..? Did you feel good in it..?.  He was very sensitive; if you thought a dress might look better slightly differente, all you had to do was hold it or lift it a certain way and he would pick up on that and change it and in that way you felt you were contributing and collaborating.  He loved women and he wanted you to be really happy and to think that your outfit was just the best.
I modelled in all of his shows. The last catwalk show I did, in 2002, was a retrospective of his work in Paris. Yves had all the models who´d appeared in his clothes throughout the years, CatherineDeneuve, Veruschka, ClaudiaSchiffer, NaomiCampbell, and many, many others. We showed clothes from the sixties, seventies and eighties. His healt was really failing by then ade he died a few years later, but I will always remember him as a lovely man...."

Text from MY LIFE IN PICTURES. 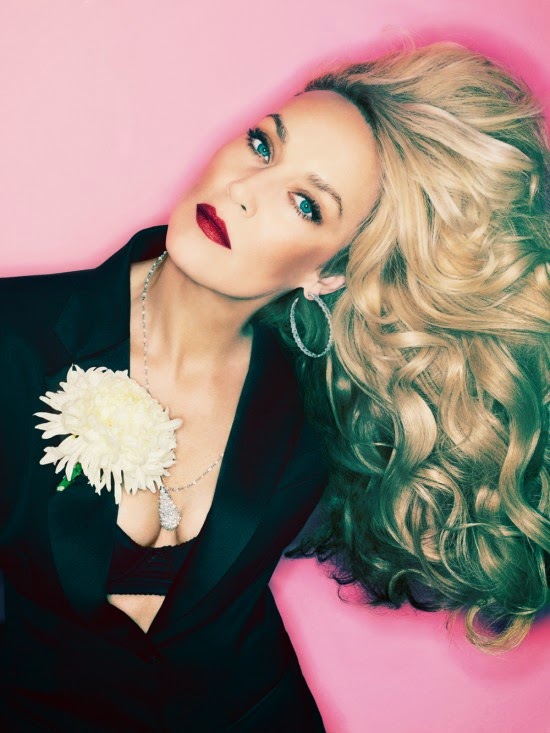 Jacket and trousers by Yves Saint Laurent, bra by Agent Provocateur, necklace and ring by Chopard, earrings by David Morris and shoes by Manolo Blahnik. Picture from INTERNET. 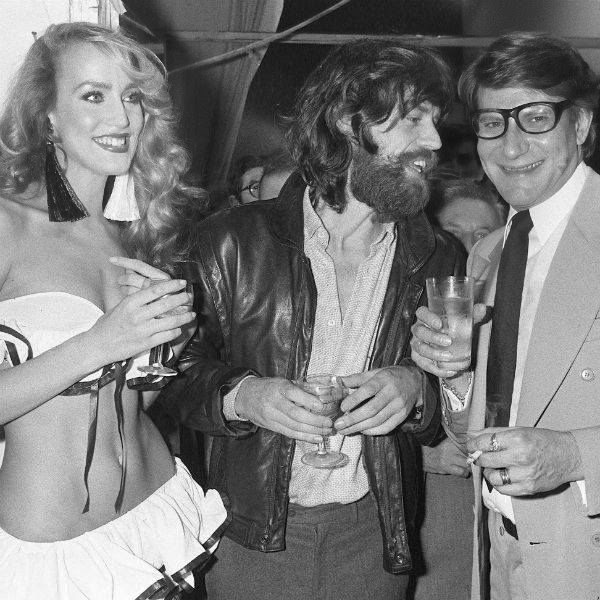 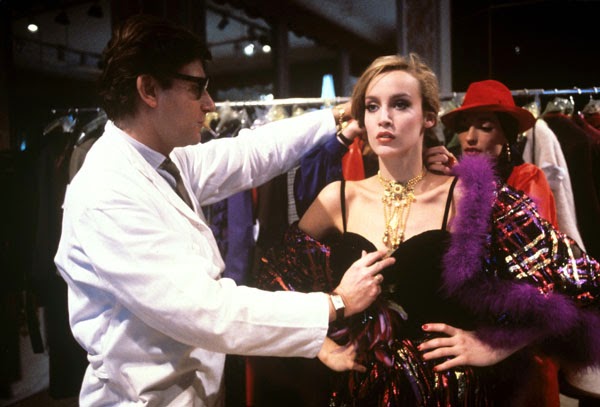 Yves Saint Laurent & Jerry Hall before sending onto the runway 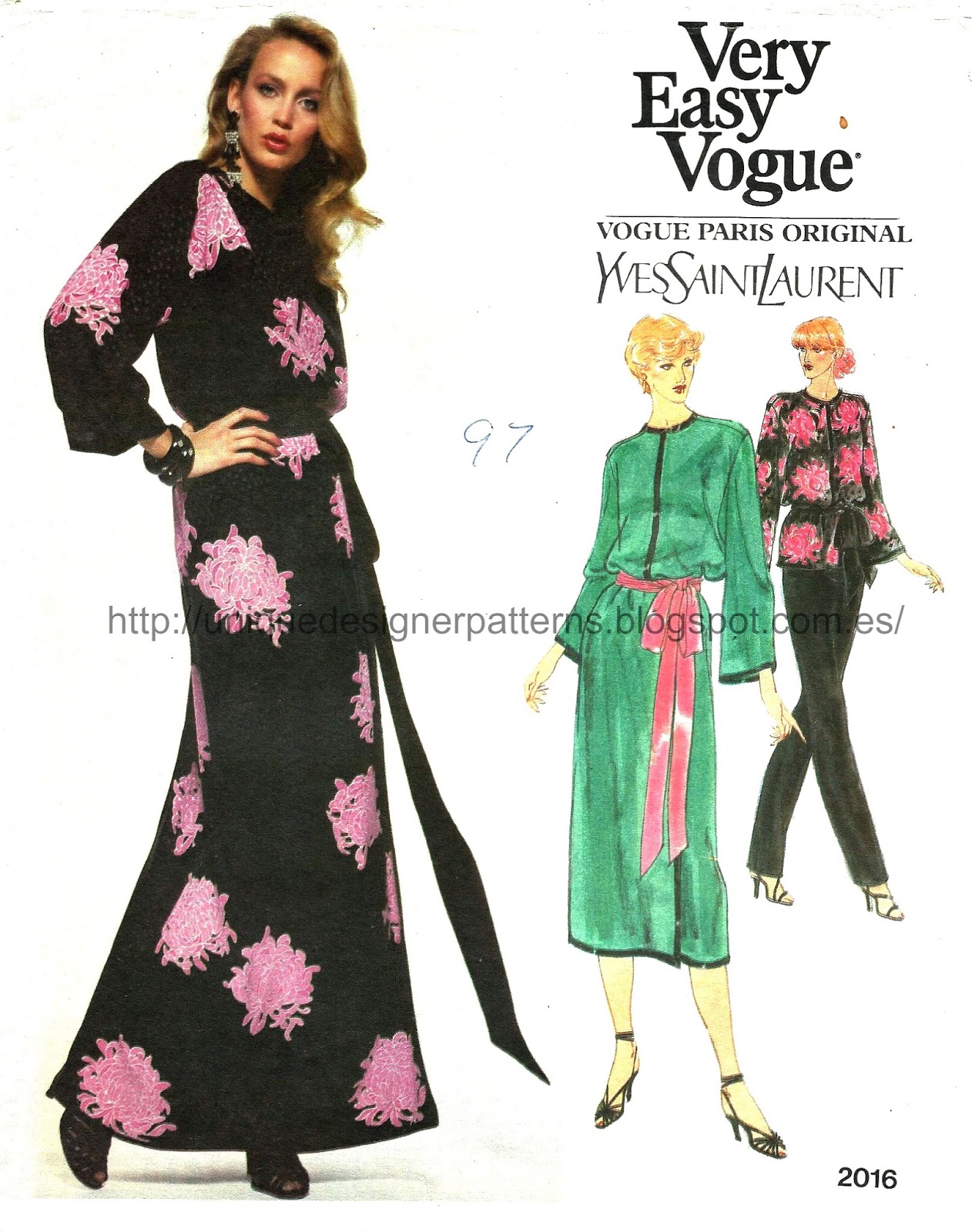 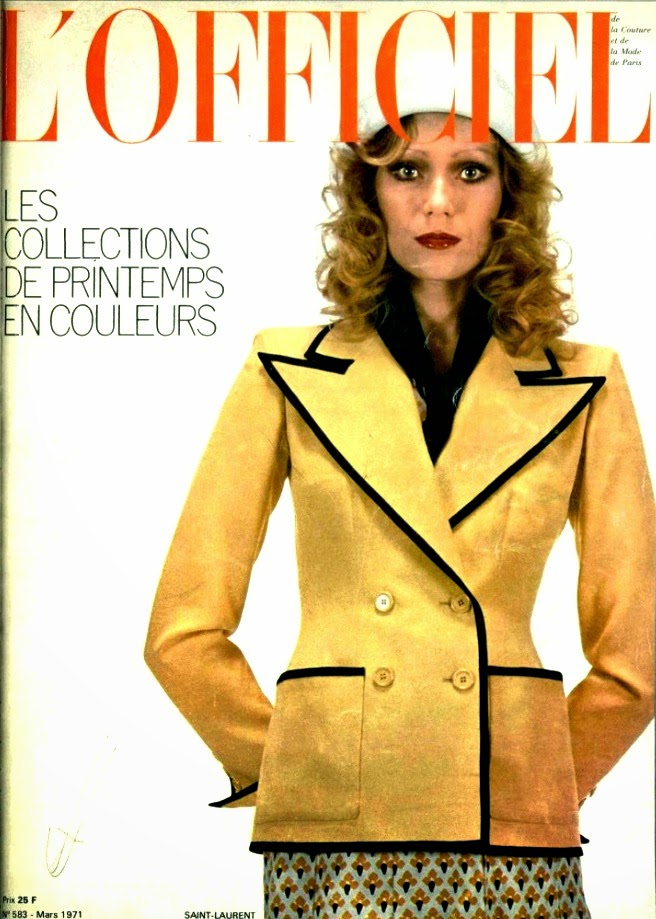 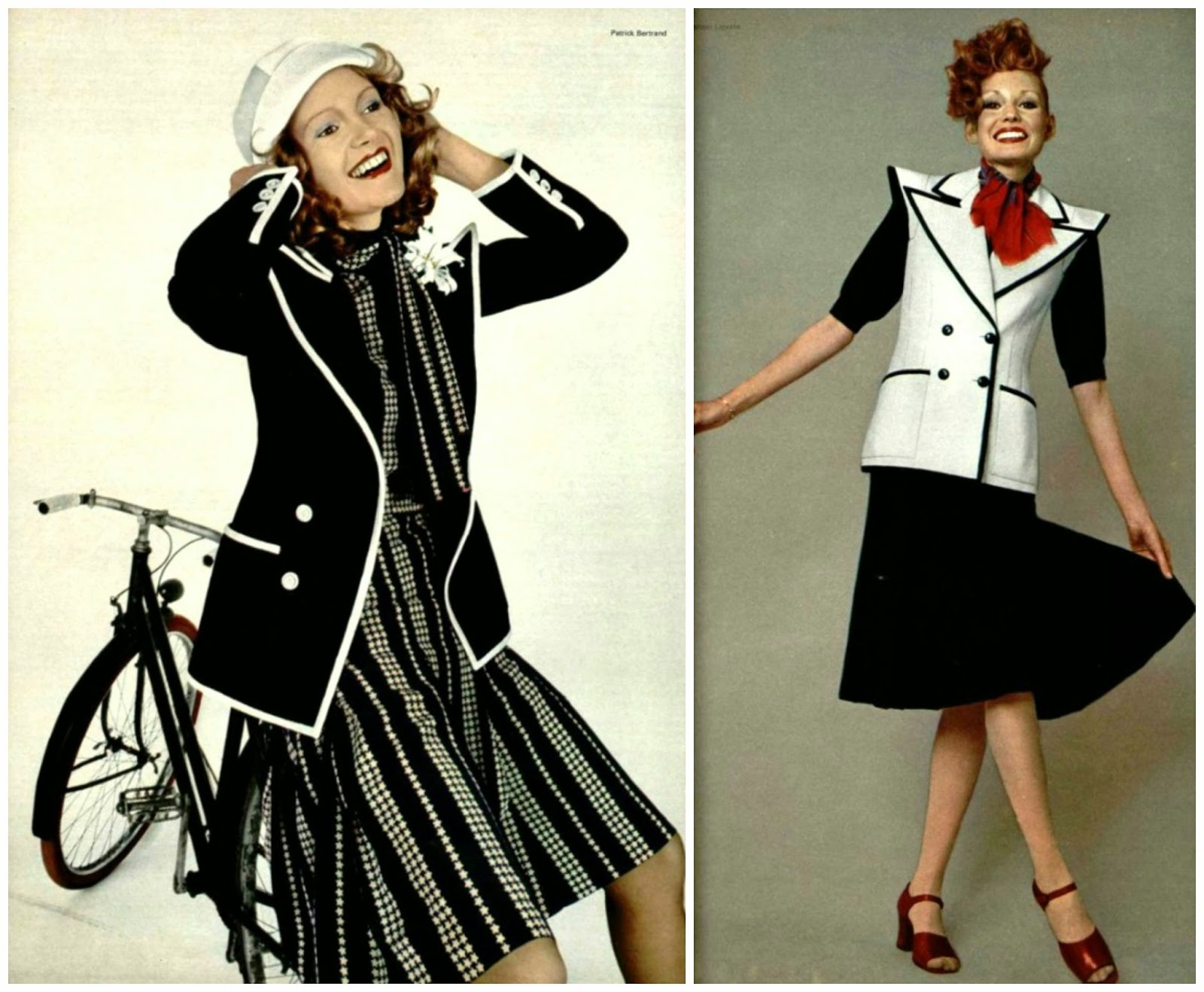 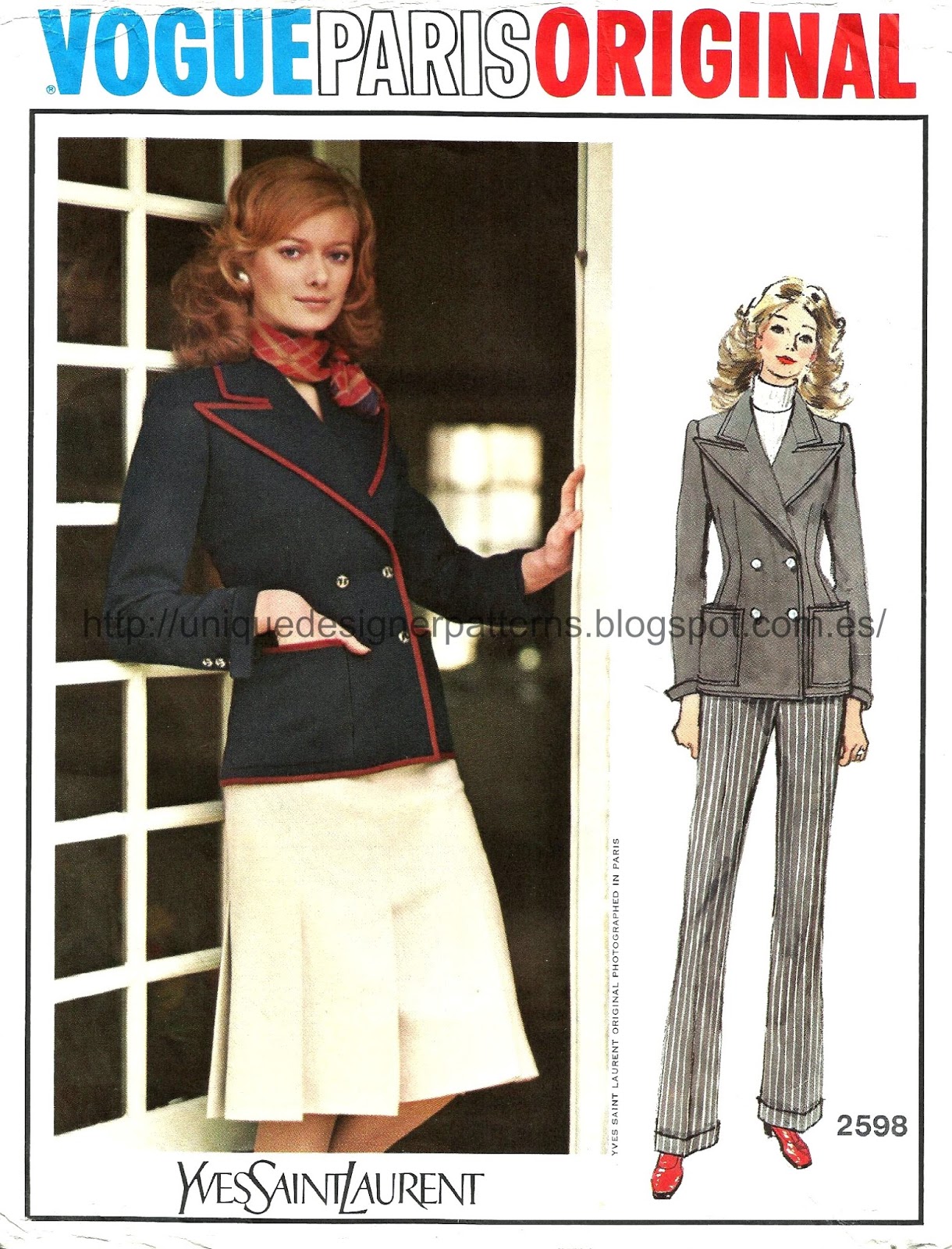 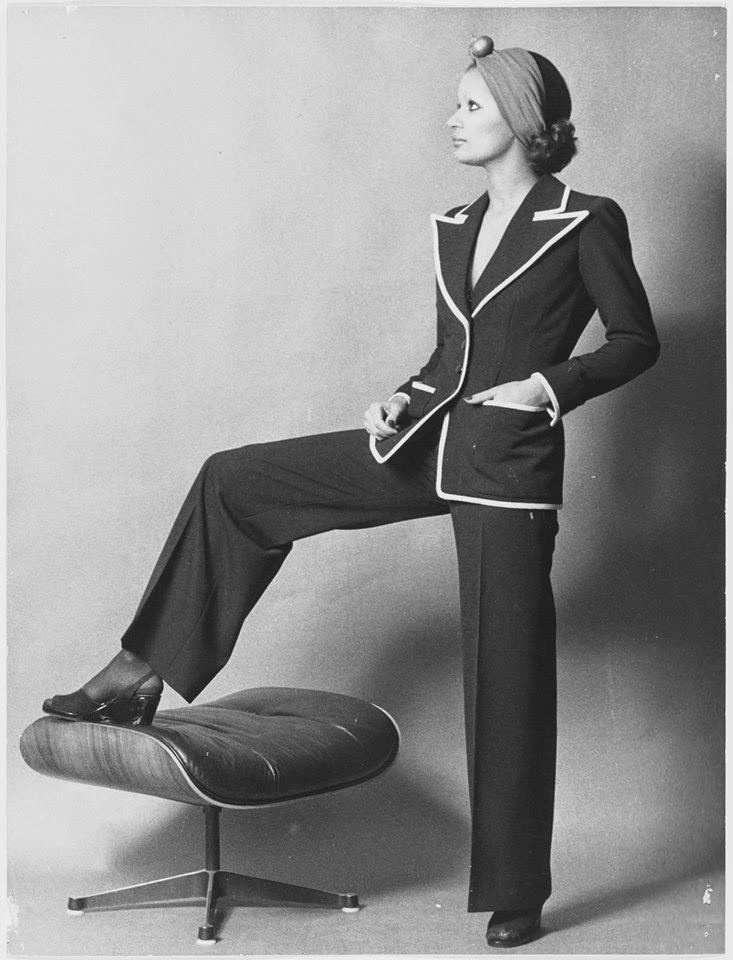 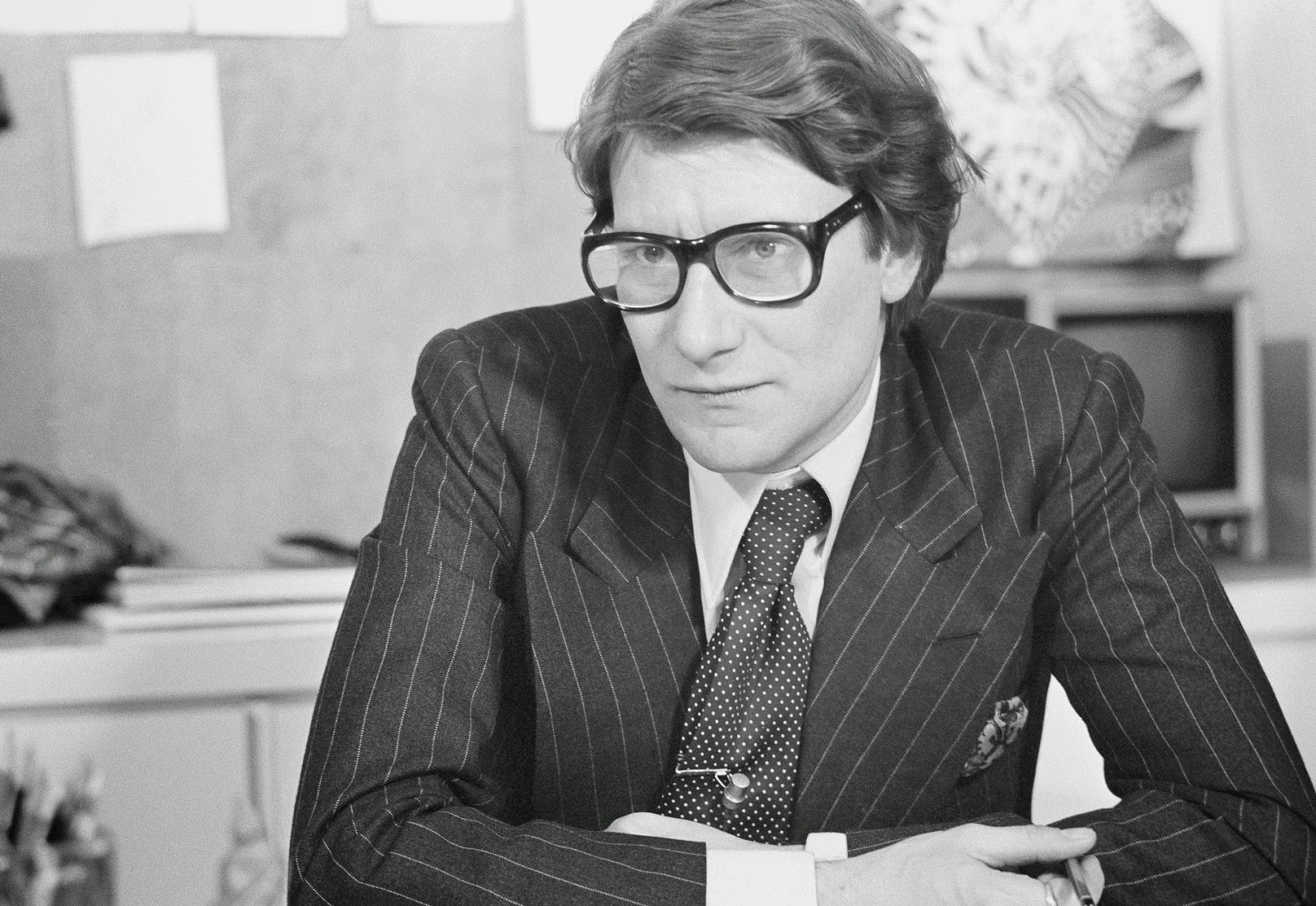 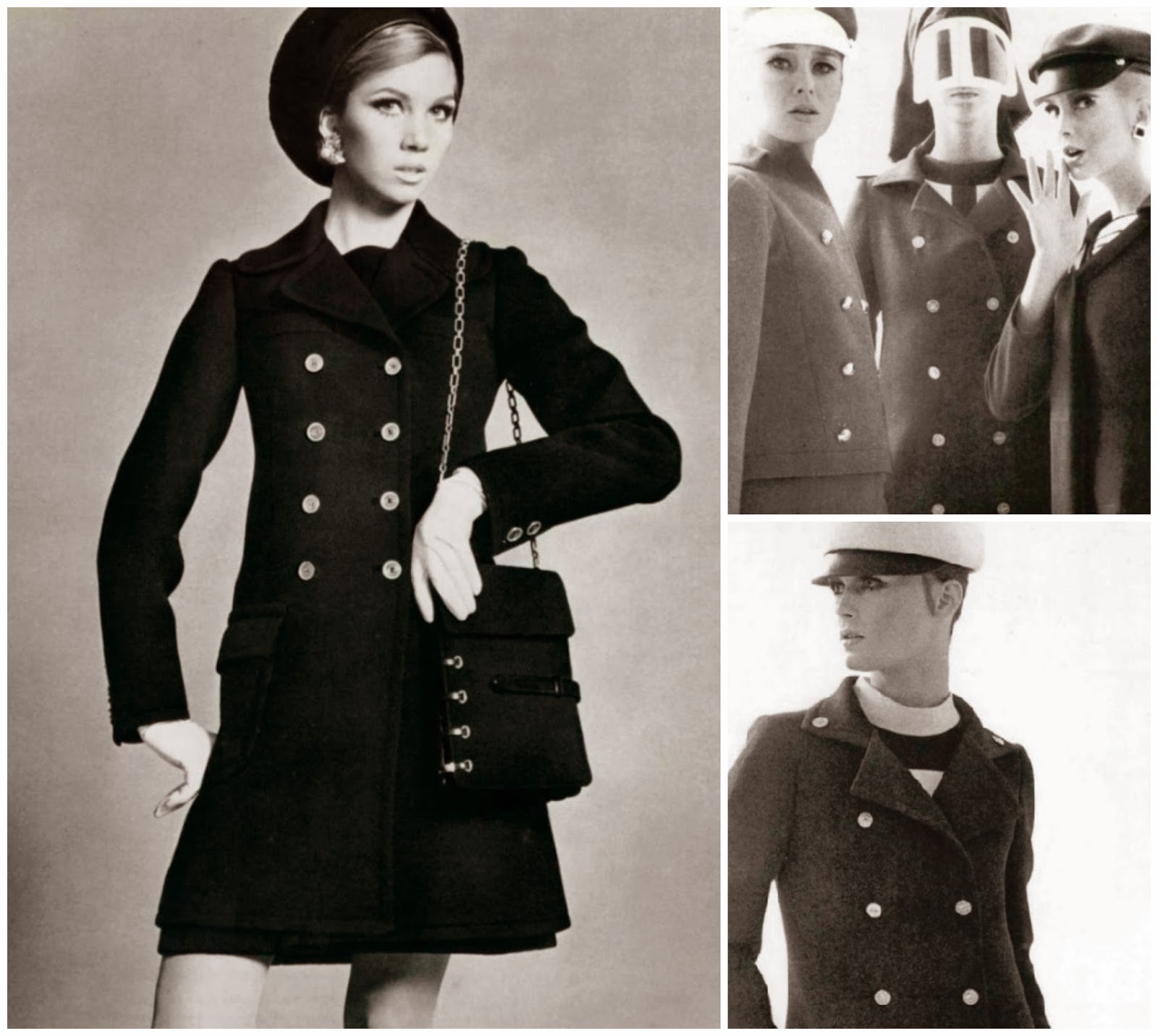 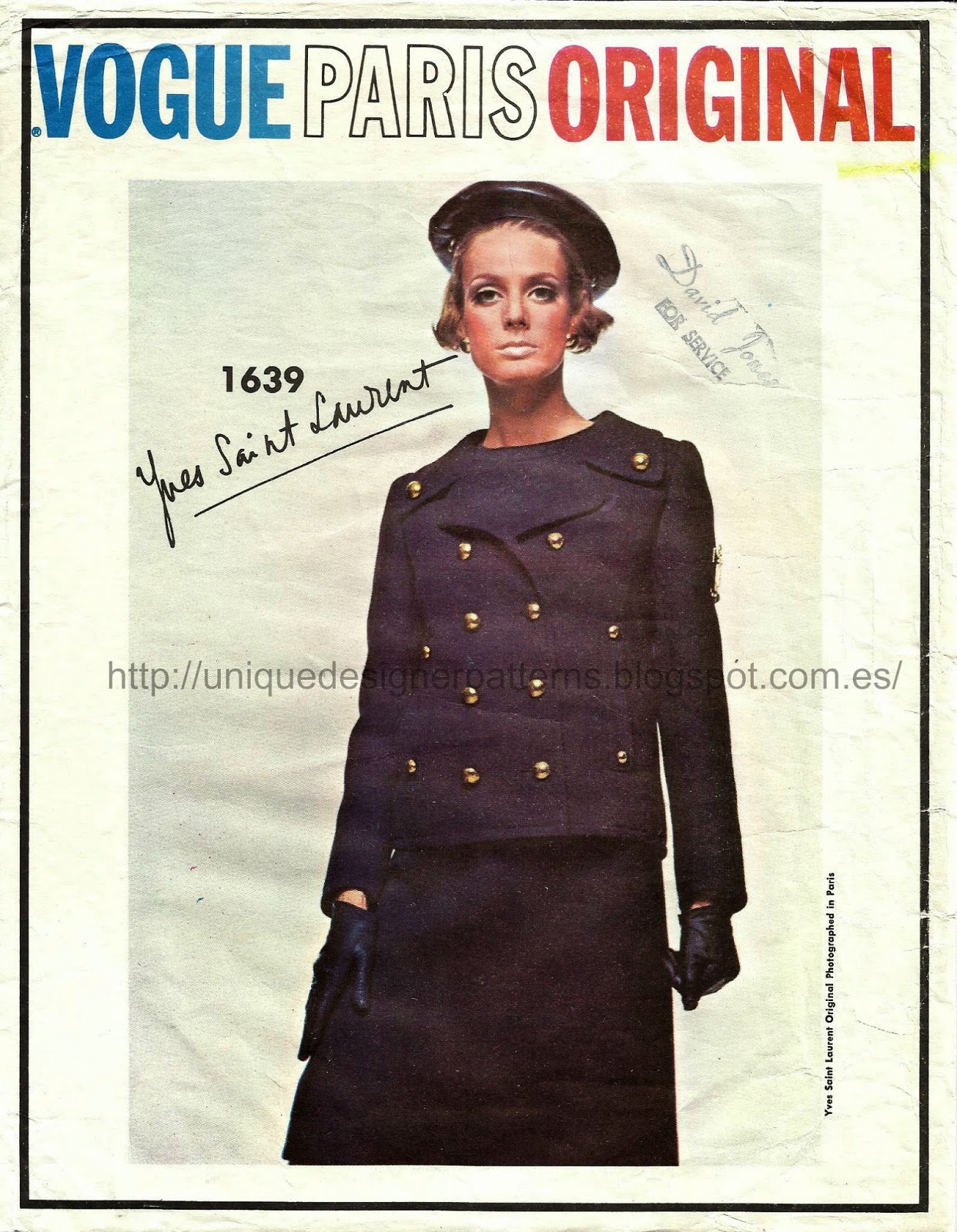 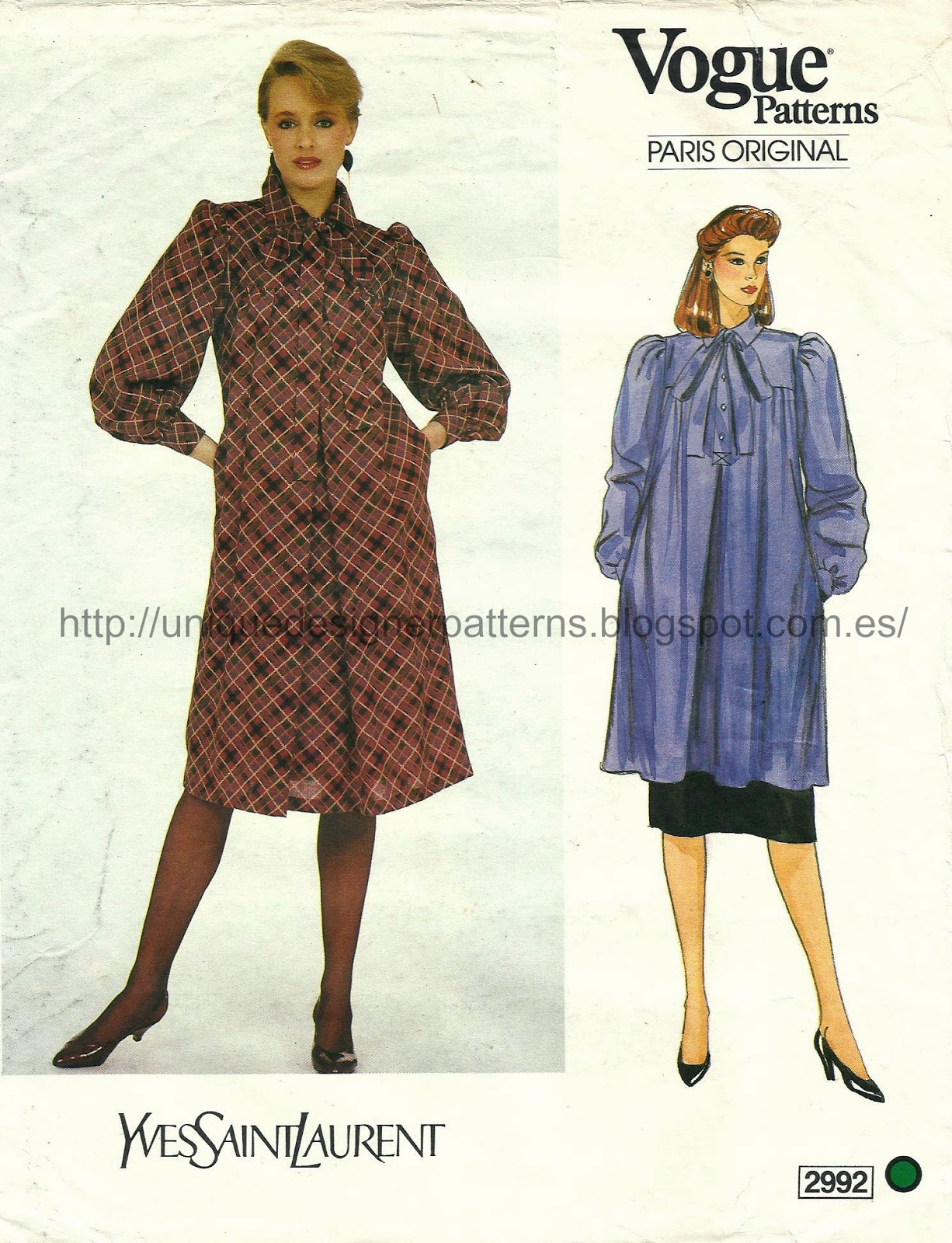